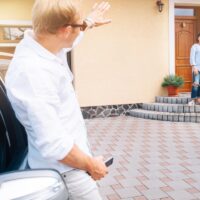 Divorces can be tough on everyone involved. When there are shared children involved, divorced parents will have to establish a “new normal” and find a way to make parenting work that serves the best interests of their children. Many divorce and family care experts discuss “co-parenting” as a means to provide a stable environment for children after divorce and alleviate the disruption that divorce can cause. Learn about the meaning and practice of co-parenting below, and reach out to an experienced New Jersey divorce and child custody attorney for help with a New Jersey family law matter.

Co-parenting is a term used to describe a parenting relationship in which the two parents of a child are not romantically involved but nevertheless continue to participate jointly in their children’s upbringing and daily lives. While some social scientists may use the term to describe any situation in which two people jointly raise a child regardless of their current or former romantic involvement, co-parenting is typically used to describe a joint parenting situation following a divorce, separation, or breakup.

In the ideal co-parenting setting, the two parents put aside their personal feelings about the marriage in order to focus on the best interests of their children. Healthy co-parenting generally requires significant communication between the two parents, including ongoing efforts at problem-solving and sharing mutual responsibility for important decisions concerning the child’s upbringing.

Co-parenting is often distinguished from parallel parenting, a situation in which the parents intentionally limit their own interaction and joint interaction with both of them and the children. Parallel parenting occurs when parents are unable to remain civil or communicate effectively after divorce; it often requires judicial involvement to legally establish the rights and responsibilities of each parent.

Co-parenting and parallel parenting are at opposite ends of the spectrum concerning how much parents will work jointly in their childrearing efforts following divorce. Many divorced couples fall somewhere in between, following a more traditional custody-and-visitation or parenting time arrangement.

The Benefits of Co-Parenting

If divorced parties are able to maintain civility, and even friendliness, following their split, co-parenting provides a host of benefits for children of the divorce. Co-parenting helps children cope with divorce by offering:

Help With a New Jersey Divorce

If you need professional and considered legal help with divorce, premarital agreements, child support, alimony, or other family law matters in New Jersey, contact the Union offices of family law attorney John B. D’Alessandro at 908-964-0102.