Children’s College Savings Accounts are Not for Paying Your Taxes 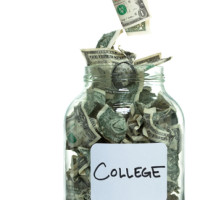 A recent appellate panel of the New Jersey Superior Court has determined that a divorced parent is no longer permitted to have control over a college saving account for the couple’s children, after using funds from the account for personal purposes. The parties to the case, titled Daley v. Daley, were a couple who, over the course of nearly 12 years of marriage, had two children. In their property settlement agreement (PSA), the couple agreed to create a 529 College Savings Plan for the two children. Eric, the father, agreed to contribute $300 per month, per child, to the account. Alexandra had access to contribute to the account, and would contribute when she was able. Otherwise, Eric held primary control over the account, and was required under the PSA to provide account balance statements to Alexandra on an annual basis. By May of 2013, Alexandra was back before a judge on a motion to enforce the PSA, claiming that Eric had made improper withdrawals from the account to pay for his own expenses, and demanding that she receive the account balance as promised. She also requested that the court make her the custodian over the 529 account, to prevent future improper withdrawals.

While in court on the motion, Eric admitted to having taken around $33,000 from the account between 2009 and 2013 which he had repaid. However, he also admitted to taking over $29,000 from the account in February of 2008 to pay his state and federal taxes, which he had not yet repaid to the account. Eric argued that he owned the accounts, and was free under the law and PSA to make withdrawals as needed for personal expenses and support obligations. He agreed that he was obligated to return the funds so that they were available for his children’s college expenses, but asserted that there were no rules governing the time by which he needed to return the funds.

The trial court ruled in favor of Alexandra and awarded her control of the 529 account. The court reasoned that, if Eric found a need to make withdrawals from the children’s college savings account due to financial need without a deadline to repay those withdrawals, there was no guarantee that he would be financially able to replenish the funds when the children’s college expenses arose. The trial court also ordered Eric to repay the $29,000, within 30 days, and Eric appealed both decisions. The Appellate Panel upheld the decisions, finding that allowing periodic withdrawals with no restrictions on when they were to be repaid endangered the security of the savings account.

For assistance with enforcing property settlement agreements and other post-marital financial obligations, contact the experienced Union family law attorney John B. D’Alessandro, at 973-964-0102.