What Happens When There Are Multiple Child Support Orders From Different States? 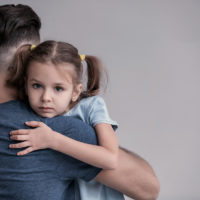 After the upheaval surrounding a divorce, one parent may decide to move to another state within the country. As legal battles surrounding the divorce continue even after the move, multiple state courts may become involved, creating conflicts and complications. A New Jersey appellate court recently addressed an interesting question: If courts in multiple states have issued differing child support orders, which state has jurisdiction over the issue, and which state’s law controls? Read on for more about the case, and contact a knowledgeable New Jersey child support attorney with any questions.

New Jersey follows a modified version of the Uniform Interstate Family Support Act (UIFSA), a model act intended to promote unity among state family law. UIFSA resolves jurisdictional disputes by granting the original jurisdiction that issued a support order the exclusive control over the law that applies in modifying the order. Even here where the parties conceded jurisdiction to the New Jersey court, various provisions of New Jersey family law indicate that the law of the originating jurisdiction should apply, even if the New Jersey court has the power to make modifications to the order. As a result, the appeals court reversed the family court order, applying Pennsylvania law which relinquishes a parent’s child support obligation once a child turns 18 and finishes high school.

Contact a Knowledgeable Family Law Attorney for Help in Your Case

If you’re in need of compassionate, experienced, and talented legal help with a divorce or child support dispute in New Jersey, contact the Union offices of family law attorney John B. D’Alessandro at 908-964-0102.