Child Support Can Be Modified to Include Costs of Car Insurance 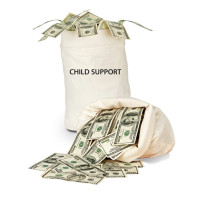 Two years ago, the New Jersey Legislature updated the guidelines for calculating child support payments to include the costs of a teenager’s car and car-related expenses. However, there remained outstanding questions about how car insurance costs would be distributed between the parents, and whether additional insurance expenses warranted an increase in child support payments above the amount due according to the guidelines. Family Part Judge Lawrence Jones of the Ocean County Superior Court recently issued an opinion which has shed light on this question, ruling that payments can be adjusted above the guideline-dictated amount to account for a new driver’s car insurance expenses.

Judge Jones’ opinion was issued in the case titled Fichter v. Fichter. The couple at issue in the case had divorced in 2011, and while their property settlement agreement had laid out a detailed scheme to cover the expenses of their older child’s car-related expenses, it had been silent in regards to their younger daughter’s eventual acquisition of a license and car. When the daughter obtained her license and the mother (the custodial parent) added the daughter to her household’s car insurance policy, the mother requested that the father increase his weekly support payment to help cover the additional expense of insuring the teen driver. However, the father did not respond, causing the mother to seek the court’s help in obtaining an increase in child support.

Since the father’s support payments were in the amount dictated by New Jersey’s support guidelines, and car-related expenses were included in those guidelines, the judge noted that there was an argument to be made that he was already supporting the child in an amount that should be considered to include insurance expenses. However, the judge also noted that this interpretation resulted in “the custodial parent … receiving the same amount of child support both before and after a teenage child obtains a driver’s license, irrespective of the sudden need to insure the teenager, the additional cost of such insurance, and the nature of the additional financial burden placed upon the custodial parent’s shoulders.” Judge Jones concluded that a court could exercise the discretion provided for under the guidelines to increase support payments above the guideline amount to include the increased expenses to the custodial parent of insuring a new driver.

If you are in need of skilled legal assistance with a child custody dispute or another family law issue, contact experienced and dedicated Union family attorney John B. D’Alessandro for a consultation on your case, at 908-964-0102.