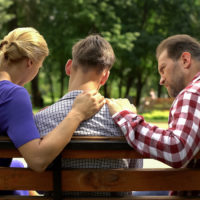 New Jersey, like other states, generally limits child support obligations to children under a certain age. Child support is required at a minimum until the child reaches age 18, and typically continues automatically until age 19, unless the child is emancipated. New Jersey is also one of only a few states that requires parents to support their children’s college expenses, even if the child is over 18 at the time. Most child support obligations will end, at the latest, after the child finishes college. But, under certain circumstances, a non-custodial parent will be required to continue paying support even after, or regardless of, post-high school education.

A recent New Jersey appellate case demonstrates how child support obligations may continue even after the child reaches the typical maximum age for support. Read on for the details of the case, and contact a seasoned New Jersey child support attorney with any questions.

The New Jersey Appellate Division opinion in J.L. v. B.L. is not binding on other courts, but the court’s reasoning is nonetheless a useful illustration of New Jersey child support law. The case involved a divorced couple and their dispute over the father’s continued child support obligation. As of last month, when the court’s opinion was issued, the couple’s shared son, Brian, was 27 years old.

The couple divorced in 1997. The father was ordered to pay child support. In November 2013, when their son Brian was 21, the father filed a motion to have Brian declared emancipated and end the father’s financial maintenance obligation. The court denied the motion because Brian suffered from mental health problems that impaired his ability to work. Specifically, Brian suffered from a schizoaffective disorder that made him financially dependent on his parents at that time, and the court ordered support to continue until it found Brian was no longer incapacitated or financially dependent.

In this case, the mother filed such a motion after the new law was passed, when Brian was age 26 and no longer eligible to receive child support. Per the law she had to demonstrate that Brian’s “severe mental or physical incapacity causes” caused continued financial dependence. She relied on the report of a medical expert stating that Brian was incapable of financially supporting himself. The family court granted the motion, ordering the father to pay $203 per week.

On appeal, the court found that the medical expert’s opinion demonstrated that the child lacked capacity to work, but found that the family court had inadequately considered all of the factors under N.J.S.A. 2A:34-23(a) in ordering the father to pay support. In particular, the family court failed to consider the parties’ income and assets and the child’s eligibility for public benefits such as Social Security Income. The appellate court sent the case back to the family court to conduct further proceedings to more adequately assess whether child support was appropriate in this matter.

If you’re in need of skilled, dedicated, and passionate legal help with a divorce or child support dispute in New Jersey, contact the Union offices of family law attorney John B. D’Alessandro at 908-964-0102.