Child Custody When Parents are Unmarried 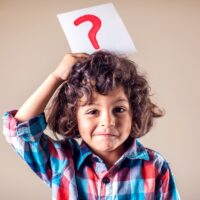 One of the many benefits of being married is that married individuals have rights to child custody by virtue of the marriage. But what do you do in instances when you share a child with someone, but you are not married? Today, we’ll go over the different scenarios that can occur when it comes to unwed couples and child custody.

For couples who are married, it is presumed that the husband is the father of the child, regardless of what genetics may say. Presumption of paternity helps to aid in unique cases where couples may have undergone fertility treatments using donor sperm or eggs, or cases where a child has same-sex parents. This presumption of paternity also has some legal advantages too. However, this presumption is only offered to those who are legally married.

While an unmarried couple does not enjoy the privilege of presumed paternity, that doesn’t mean unwed fathers do not have parental custody rights to their children. To assert and enforce those rights, however, additional steps will have to be taken in court. Although the parents can create a legally enforceable custody agreement between them, if the mother objects to the father’s assertion of custody rights, he will have to take legal action to gain the status of the child’s legal father.

Navigating custody agreements can be complicated all on their own. However, unique circumstances in the absence of a marital relationship with a significant other can make it more challenging to determine how custody arrangements play out.

Unwed couples who are in a committed and long-term relationship, live with each other and have largely merged their lives, might not want to look too deeply into a child custody agreement because it wouldn’t necessarily impact their life. Just because a couple is not legally married does not mean that a custody agreement should be in place. If that couple can sort out custody arrangements between one another, they typically don’t need to seek the services of a court. This is especially the case if the couple plans to wed in the future.

On the other hand, a couple who is committed to each other but is not living with one another may want to consider having a custody agreement or at the very least a verbal or tentative agreement in place. Having such an agreement would allow both parents to spend equal time with the child.

One tactic all couples can benefit from, however, is mediation. Even if a couple is on good terms with one another, seeking out mediation can always be a valuable tool to tap into. Mediation will allow both parties to share their concerns and expectations. This will allow them to move forward with the best interest of the child in mind.

Couples who are on bad terms with one another will likely need to seek out the guidance of the court. If a mother is the primary caregiver for her child, and the father has little to no rights, the father will need to start by petitioning the court for visitation and custody rights.

Petitioning the court will start the process of having an agreement put in place that allows both parties to spend time with the child all while ensuring the child’s best interest is kept at the forefront.

Child custody laws vary by state, and they can be complicated further depending on the circumstances of each individual case. If you are not married and share a child with another individual, it’s important to understand your rights as well as your partner’s rights.

Speaking to an experienced family law attorney can help you navigate this tricky road. Even if you are on good terms with your significant other, it can always help to get the input of a family law attorney so that you ensure you do what’s in your child’s best interest. To speak to someone about your case, reach out to our law offices today. Our dedicated team can guide you as you make the best choices for yourself and your family.