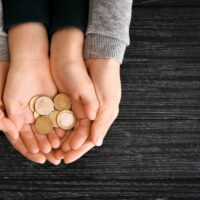 If you are considering divorce and you have children, you may be concerned about how your income will affect custody determinations. If the parties to a divorce cannot agree on custody, the court will ultimately decide on a custody arrangement based on a variety of factors. If one spouse has a significantly higher income, do they automatically get an advantage in custody decisions? Read on to learn about how income may affect child custody decisions, and speak with a seasoned child custody and family law attorney if you have any questions.

High asset divorces can raise many complications that do not arise in other divorces, but thankfully, the child custody analysis is relatively the same. In general, New Jersey courts will not specifically choose to award custody to the party with the higher income. While financial security does play a factor in the court’s decision-making, as long as both homes are stable and fit for child-rearing, then other factors are likely to weigh heavier in the custody decision. Moreover, child support can be used to offset any disparity in the parties’ income that will affect the child’s quality of life and expected standard of living.

Pursuant to New Jersey law, New Jersey courts will consider fourteen specific factors in determining an award of child custody, as well as other additional factors the court may deem relevant. The court weighs these factors in order to determine an arrangement that is in the best interests of the child. These factors include:

● The children’s age and maturity
● The parents’ relationship with each other, including their ability to agree and communicate
● The stability of each home environment
● The fitness of the parents
● The extent and the quality of time each parent spends with the children before and after separation
● The quality and continuity of the children’s education
● Any history of domestic violence

Courts generally try to establish a custody arrangement that disturbs the children’s routine as little as possible–that may mean staying in the same home in which they were raised or erring on the side of shared custody, where possible. Ideally, the parties will agree on custody and parenting time as part of a divorce settlement. While finances play a factor, they are far from determinative.

If you’re in need of dedicated, experienced, and passionate legal help with child custody, alimony, or other family law matters in New Jersey, contact the Union offices of family law attorney John B. D’Alessandro at 908-964-0102.