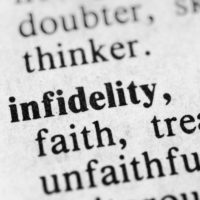 Alimony, also called spousal support or maintenance, is the money paid by one spouse to the other during divorce proceedings or following a final judgment of divorce. Alimony can be temporary or permanent and is generally paid to a spouse who relied on the other for income during the marriage. Alimony can also be “rehabilitative” to cover a spouse’s education and training necessary to enter or reenter the job market. The amount and duration of alimony depend on a variety of factors including the length of the marriage, the standard of living during the marriage, the financial circumstances of each party at the time of divorce, and each spouse’s age and health. But what about adultery? If the income-earning spouse cheated, do they owe more? If the spouse seeking alimony caused the divorce by committing adultery, are they entitled to less alimony, or none? Continue reading to learn how infidelity affects divorce, and contact an experienced New Jersey alimony, modification, and divorce attorney with any questions or for help with a New Jersey family law matter.

As an initial note, New Jersey is a “no-fault” divorce state. This means that parties need not prove abuse, adultery, abandonment, or any of the other traditional grounds for divorce. In New Jersey, the parties need only allege that they were physically “separated” for at least 18 consecutive months prior to filing for divorce or that they have been experiencing “irreconcilable differences” for at least a year. Most divorces in New Jersey are no-fault. However, parties may file for a “fault” divorce and claim misconduct by the other spouse.

The Effects of Adultery

New Jersey courts, like most courts in the country, are trending away from considering marital fault in making divorce determinations. Fault does matter, however, in limited circumstances. For example, a person convicted of murder, including conspiracy or attempted murder, or assault of the other spouse or their family cannot receive alimony.

Other bad acts committed during the marriage, such as adultery, will typically only factor into the divorce if the behavior negatively affected the couple’s economic situation. For example, if one spouse was spending large amounts of marital assets on gifts or loans to an extramarital lover (i.e., “wasting” marital assets), then that spouse may be entitled to a smaller share of the marital assets and less alimony. New Jersey courts might also consider adultery a factor if the conduct is so egregious that an ordinary person would recoil from the thought of forcing the other spouse to give money to the guilty spouse. It is, however, relatively unlikely that typical adultery would have a significant effect on an alimony order, absent something very serious such as the adulterous spouse and the paramour planning to kill the other spouse.

Adultery will generally also not be a factor in child support or child custody unless the nature of the misconduct was such that custody with the guilty party would be harmful or dangerous to the child. Mere adultery would generally not be considered dangerous or harmful.

If you’re in need of compassionate, experienced, and talented legal help with a divorce or child support modification dispute in New Jersey, contact the Union offices of family law attorney John B. D’Alessandro at 908-964-0102.