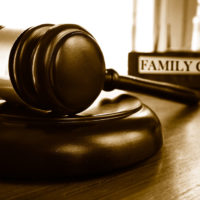 Child custody arrangements entered into as part of a divorce settlement or judgment are not necessarily the final word on the matter. If something changes for one or both parents down the line, such as a planned move to a new state or the loss of a job, there may be reason to revisit a custody arrangement. But what if one party seeks to revisit custody for the first time years later, perhaps because they question the parenting skills of the other parent? Under what circumstances are they able to do so? A recent unpublished appellate court opinion illustrates how New Jersey courts will handle the revisitation of custody arrangements. Learn the details of the case below, and contact an experienced New Jersey child custody and divorce attorney with any questions or for help with a New Jersey family law matter.

Without a “changed circumstance,” a party cannot seek evaluation of an existing custody arrangement

The matter of Gatto v. Gatto involves a couple that was briefly married in 2011. They share one son, over whom they share joint legal and physical custody. Pursuant to the marital settlement, the boy lives with the plaintiff father and stays with the defendant mother every other weekend and alternating Wednesdays. Although the parties settled the divorce in principle, they have been in near-constant litigation since, primarily to do with custody and parenting time. The plaintiff contended that the defendant was focused only on her career and left the son alone too frequently, among other things. At a certain point, the defendant filed a motion related to vacation scheduling, prompting the plaintiff to respond with a motion to compel therapy for their son and to gain full custody.

Ultimately, a family court judge appointed a parenting coordinator (finding that the parties’ vitriolic animosity for one another prevented them from getting anything accomplished on their own) and compelled therapy for the parties’ son. The court denied the plaintiff’s request to transfer custody but allowed the plaintiff to retain a custody evaluator to determine if the current custody arrangement was in the child’s best interests. The defendant appealed, arguing that there was no cause under New Jersey law to appoint a custody evaluator and revisit the issue of custody in court.

The appellate court ruled that the parenting coordinator and compelled therapy were appropriate. However, the appellate court agreed that the family court should not have allowed a custody evaluation in the absence of changed circumstances. Under New Jersey law, a party seeking a change in custody must show changed circumstances warranting a modification. Changed circumstances can be a substantial change in income or the financial needs of a party, relocation to another state or distant city, or another circumstance that actually affects the custody arrangement and the best interests of the child. Here, the family court found that no circumstances had actually changed since the initial custody arrangement was established, and based on that fact the court should not have permitted any custody evaluation.