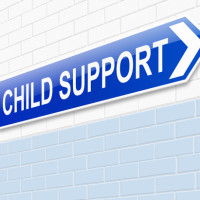 A recently-passed New Jersey Senate bill would give a default termination date for child support paid in New Jersey. The bill, passed on July 23 by the senate, would set 19 as the default age by which child support payments would no longer be due, without some special circumstances that would cause the payments to be extended. Parents can still agree to different terms of a child support arrangement in a separate order filed with the court in the course of negotiating other matters relating to child support.

Exceptions under the proposed new law

Where no other order governing child support order is in place, once the child reaches 19, either the receiving parent or child can petition the court for an extension of child support payments where a child is still in high school or another secondary program, college, or has a disability that was present prior to turning 19. The parents can also agree to and enter an order with the court listing a separate date for the termination of support payments. If the child has been placed outside the home by the Division of Child Protection and Permanency, payments will also continue past age 19. Additionally, one particularly controversial provision in the bill would permit the child to sue their parents after age 23 for continued support. If the noncustodial parent is behind on child support payments when the child turns 19, those back payments will still be owed to the child, even if new payments do not become due.

If approved by the New Jersey assembly and governor, this new law would shift the burden from the parent being required to show that the child is emancipated, to the child being required to show that they fit into an exception under the law allowing them to still receive support. While advocates of the new law state that such a bright line rule on when child support should terminate will help clear out dockets of New Jersey family courts, opponents state that support should be the right of the child, and not require the child to petition the court for such payments to continue.

Navigating the world of family law and custodial disputes can be challenging and tiring. Seek out legal help experienced in New Jersey family law to guide you through the process and protect your interests, as well as those of your child. Contact The Law Offices of John B. D’Alessandro, LLC in Union, New Jersey for a consultation on your family law matters, at 908-964-0102.