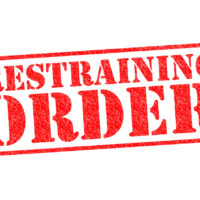 Under the New Jersey Prevention of Domestic Violence Act (PDVA), a domestic violence restraining order can be granted for assault, harassment or other covered acts committed against a spouse, former spouse, present or former household member, current or former boyfriend/girlfriend, or between persons who have a child in common. A person alleging domestic violence is able to get a temporary restraining order for ten days, but then a hearing must be held before a final restraining order can be put in place. The defendant has the right to appear at that hearing with legal counsel and oppose the order.

Earlier this month, the case of M.P. v. K.K. dealt with the question of whether a brother and sister constituted “former household members” for purposes of the PDVA, even if they hadn’t lived in the same house for 13 years.

The plaintiff in this case filed a domestic violence civil complaint against his sister in September 2013. The complaint alleged that his sister had done all of the following:

The court went through each of the six factors and found that the PDVA applied to this situation. The court noted other instances of harassment that began back when the siblings lived together with their mother and continued to the present day.

This case is very illustrative in describing what kind of conduct constitutes domestic violence and what is required to issue a final restraining order under the law. As the court noted in its decision, the PDVA is interpreted very broadly and liberally in favor of stopping and preventing acts of domestic violence.

If you are trapped in an abusive situation, get to a safe place and call 911, or contact the local police or a local domestic violence agency. You may be able to find a local resource through the National Domestic Violence Hotline at 1-800-799-7233. For legal assistance with a temporary or final restraining order in New Jersey, contact the Law Office of John B. D’Alessandro in Wayne for a confidential consultation or immediate assistance. We serve clients in and around Essex, Union and Middlesex Counties in domestic violence and other family law matters.