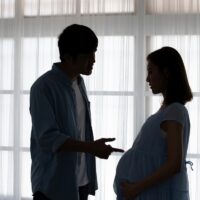 Family law has evolved over the years. Whereas marriage used to be far more inequitable between the parties, the law now aims to treat both the same. Divorce no longer requires proving fault; in many states, you are not even permitted to allege fault as a ground for divorce. Not all antiquated laws have disappeared, however. There are many laws on the books across the country and around the world that either date back to long-forgotten circumstances or seem to have been written to account for one oddball situation. Read on for a discussion of some of the stranger divorce laws that are still on the books. Reach out to a dedicated New Jersey divorce attorney for help with a New Jersey family law matter.

Marriage on a Dare: Be wary of reality television and prank shows. In Delaware, it is grounds for an annulment to marry someone on a dare. It’s unclear how you’d go about proving that your marriage was just for laughs, but if you can, you can seek annulment rather than divorce.

Protecting the Mother-in-Law: It’s a cardinal rule of marriage to keep your mother-in-law happy. In Wichita, Kansas, it’s the law: You can divorce your spouse on the grounds that they mistreated your mother.

Alienation of Affection: This one crosses state lines. In a handful of states including Hawaii, Illinois, South Dakota, and New Mexico, if your spouse cheats on you with another person, you can sue the extramarital lover for damages for ruining your marriage. This common-law right of action has been abolished in most jurisdictions, including New Jersey, but it still exists in some places.

Divorce for Idiocy: Mississippi still has a number of grounds for divorce other than the now-standard “irreconcilable differences.” Among these, “natural impotency, insanity or idiocy” stand out. You can also divorce if you discover after marrying that your wife was already pregnant with someone else’s child. If you already knew about the pregnancy, however, you are out of luck.

Pet Custody: Several states now recognize the importance of our furry friends. In California, for example, you can now seek a court-ordered custody and visitation arrangement for family pets in a divorce. Unfortunately, there’s no corresponding pet custody law in New Jersey. New Jersey courts do, however, recognize the “subjective value” of pets and are willing to treat them differently than the living room couch when distributing marital property.

These are just a few of the more interesting divorce laws still in effect around the country. Talk to a knowledgeable New Jersey divorce lawyer about your pending divorce to find out if you can benefit from any obscure laws or regulations.

If you’re considering divorce or dealing with child custody, child support, alimony, or other family law issues in New Jersey, contact the talented and effective Union family law attorney John B. D’Alessandro for a consultation.