Award of Sole Legal Custody to Father Affirmed on Appeal 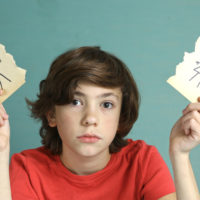 In a recent opinion issued by the New Jersey Appellate Division titled M.I. v. J.I., the justices explored in detail what went into a trial court judge’s decision to award sole legal custody to a father after a bruising divorce trial, and why they affirmed the trial court’s decision. The opinion provides insight into the sorts of factors courts consider when making custody determinations, and the important but limited impact of a custody evaluator’s testimony.

The couple at the center of this case had been embroiled in a heated divorce battle for some time. The trial judge had months earlier awarded sole custody to the father, as well as residential custody and the right to make decisions regarding where the couple’s daughters went to school. When the mother appealed, the Court of Appeals requested that the trial judge provide more detail of why he ruled the way he did; namely, why the judge ignored the recommendation of the custody evaluator to award sole custody to the father.

The expert psychologist, agreed upon by both parties, had testified in court regarding his findings after spending time with both the children and parents. The evaluator had recommended joint legal custody of the couple’s children, with the mother as the parent of primary residence, and also recommended that the father’s visitation with the children be supervised. The evaluator cited as persuasive a piece of tape documenting an incident where the father had verbally abused the mother and physically broken her new computer. However, the trial judge disagreed with the evaluator’s conclusion. The judge had found it worrisome that the evaluator had not considered the father’s medical records in making his decision. The judge also found inconsistencies in the evaluator’s testimony, especially since the evaluator had testified that the father had superior parenting skills to that of the mother. The judge also disagreed with the evaluator as to the credibility of some of the mother’s testimony. Ultimately, the trial judge expressed that he was simply not persuaded by the evaluator’s testimony. The Court of Appeals noted that a judge has the right to analyze a witness’ credibility and to disagree, even when that witness is an expert.

While the trial judge found that the father was more inclined to engage in “name-calling, swearing, and demeaning epithets,” he concluded that these displays would be limited in frequency by awarding sole legal custody to the father, as it would limit the amount that the parents interacted in front of their children. The judge also concluded that an ability to comply with the court’s orders was critical in a divorced co-parent, since court ordered visitation is the means by which the non-custodial parent has the right to visit with their children and maintain a relationship. The judge felt that the children’s father had demonstrated an ability to comply with the judge’s orders, while the mother had not, making it in the children’s best interests to make the father their primary caretaker. The Court of Appeals agreed with this conclusion as well and upheld the trial court’s decision.

If you are facing a custody determination and need legal assistance you can trust to maintain a relationship with your children after divorce, contact Union family law attorney John B. D’Alessandro for a consultation on your case, at 908-964-0102.