Appellate Division Reverses Termination of Alimony as a Discovery Sanction 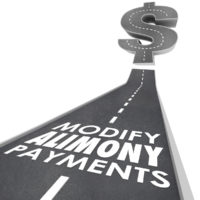 The New Jersey Appellate Division recently examined a case where the family part judge had terminated an order granting permanent alimony where the receiving spouse had failed to produce all the financial documents the court had requested to see. The Appellate Division determined that a failure to produce extensive documentation of the ex-spouse’s income and expenses was not a sufficiently good cause to terminate permanent alimony, and reinstated the order.

In the case titled Ponzetto v. Barbetti, the couple had been married for 19 years when the husband filed for divorce. While the couple had no children, the divorce was long and hard-fought, and the issue of alimony was a particularly heated point of contention. The couple had what was once a successful business, for which the wife kept the books, but the wife had not been on the job market in nearly twenty years, and was dealing with serious health issues. The family court awarded the wife permanent alimony and half the value of the couple’s business, with a portion to be paid in a lump sum and the remainder to be paid in monthly installments. The judge imputed to the wife an annual income of $40,000, based on her presumed ability to find a job in accounting after taking time to become a certified accountant.

The husband fell into arrears on both alimony and the payments owed for the equitable distribution of the business. The wife obtained an order requiring the husband to catch up on these payments. The husband responded with a request for the court to reconsider the alimony award for the back payments, and to terminate future alimony based on the wife’s cohabitation with a new boyfriend. The court ordered the wife to produce documentation proving that the cohabitation hadn’t changed her financial circumstances. The wife produced bank and credit card statements which convinced the judge that she was relying exclusively on the alimony and equitable distribution payments received from the husband, without support from a new boyfriend. The judge denied the husband’s request to terminate future alimony, but responded to the husband’s insistence on additional documentation by requiring the wife to produce additional bank records and credit card statements.

When the wife failed to comply with this request, the husband returned to court demanding, among other things, that the wife’s alimony be suspended until she provide the additional records already called for, plus several years of tax returns as well as all Schedule A, B, and C expenses on a Case Information Sheet (CIS) with proof of payment of those expenses such as cancelled checks or receipts. The judge granted the husband’s motion in part, ordering her to provide these documents (except the proof of payment) and suspending her alimony until she did so. The judge also ordered that the husband depose the wife’s boyfriend regarding their alleged cohabitation after the husband received all financial documents.

Two months later, after the wife had provided all but the CIS and complete income from the previous year, the husband again requested that the wife’s alimony be terminated and that she be held in contempt of court. The husband claimed that, per a CPA’s analysis of the wife’s records, she was earning the income imputed to her by the original family judge, and thus had no need for alimony. The wife countered that she hadn’t provided a CIS because she was seeking an attorney to help her prepare one, but had been unable to hire one due to the suspension of her alimony payments. She also raised the point that the husband had failed to have her alimony reinstated after she produced these documents, nor had he deposed her boyfriend. The husband stated that he believed he should not do either until he received all requested documents. While the wife eventually produced a CIS without an attorney’s help, and appeared in court representing herself, the judge responded by suspending alimony indefinitely, finding the wife’s financial disclosures inadequate. The judge repeatedly advised the wife to hire an attorney, stating that she was “handicapping” herself by not doing so, despite her saying that she could not afford one. Nevertheless, the wife hired counsel and made a motion for the judge to reconsider his prior order, but the motion was denied. The wife appealed.

The Appellate Division pointed out that what had started as an evidentiary hearing on the issue of whether or not the wife was cohabiting with her boyfriend had gone “seriously awry.” The court noted that the judge who first heard the issue had found no evidence of cohabitation that changed the wife’s financial circumstances, but that this fact seemed to have been lost along the way. The court found that the wife’s alimony had been suspended erroneously, since this sanction was imposed as coercion to produce documents which she had not previously been ordered to produce. In essence, she was being punished for violating an order that didn’t exist prior to the punishment. The Appellate Division pointed out that after the original judge had found that the wife had successfully refuted the husband’s showing that she was living with a new supporting partner, the husband was the party who should have borne the greater burden to prove this fact. Instead, the wife had been saddled with disproving it with increasingly detailed financial information, all while her alimony was suspended, making her unable to hire an attorney to help. The opinion went on to detail the many ways that the husband had violated court procedural rules to advance new and different theories as to why he should not be obligated to continue paying alimony. The Appellate Division ruled that these theories had been approved of by the trial court judges erroneously, and ordered that alimony be reinstated immediately. If there is a lesson to be learned from this case, it is that experienced, ethical, and aggressive legal representation in a divorce can make a critical difference in the outcome of your case. While some divorces can be resolved amicably, not all couples are so lucky. Attempting to represent yourself can result in additional time and expense that could have been avoided with the help of experienced legal counsel.

If you are in need of legal help with a New Jersey divorce or custody dispute, contact the compassionate and knowledgeable Union family law attorney John B. D’Alessandro for a consultation, at 908-964-0102.