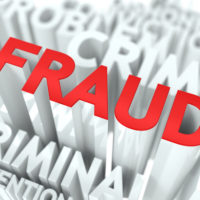 In a recent case before the New Jersey Appellate Division, the court rejected an attempt to invalidate a divorce settlement agreement filed years after the divorce was finalized.

The couple at the center of the recently-decided case of G.M. v. R.M. were married in May of 2000 and separated in August of 2013 after having three children. The couple spent roughly a year negotiating a marital settlement agreement (MSA). The final MSA included the provisions that both spouses waived their right to seek alimony and the right to seek further discovery regarding property they owned, and also stated that the spouses waived the option of requesting a hearing on their standard of living during the marriage. The MSA stated that the spouses agreed to share physical and legal custody of their children, that the wife would receive child support to be paid out from a trust that was created for the children’s benefit, and that the husband would pay the wife’s legal fees stemming from the divorce. The wife agreed to take a one-time lump sum for her portion of the equitable distribution of the couple’s property, as well as one of the couple’s investment accounts and her own IRA. The husband kept two of the couple’s real properties, as well as two investment accounts and his business accounts.

While the MSA was being negotiated, the husband, an anesthesiologist, was charged by federal authorities with embezzling over $1 million from a medical practice. The maximum sentence for this crime was a 20-year prison sentence and hundreds of thousands of dollars in penalties. Eventually, he pleaded guilty to reduced charges, without knowing what his sentence would be when signing the plea agreement. On September 4, 2014, he was sentenced to five years of probation beginning with one year of electronically-monitored house arrest, and was required to pay a $75,000 fine. The husband also had his medical license revoked by the State of New Jersey on October 10, 2014. Under the terms of his settlement, he could seek to have it reinstated beginning in April of 2017, but as of February of 2018, he had not yet done so.

The couple signed the MSA and filed for divorce in August of 2014, and the court held a hearing on October 27, 2014 to consider the MSA that the couple had reached and finalize the divorce. The wife testified that she had entered the MSA voluntarily, with advice from an attorney, and that she believed she had received capable legal representation. When asked why she was waiving the right to seek alimony, she said it was “because [the husband is] supposed to go to court and not practice medicine again.” The judge, feeling satisfied that the wife had entered into the MSA agreement voluntarily, granted the divorce.

Nearly two years after signing the MSA and finalizing the divorce, the wife filed a motion to invalidate the MSA and grant her alimony. In her motion, the wife claimed that the husband and his attorney had overstated the possible criminal consequences that her husband faced, which induced her to sign an unfavorable MSA under the belief that it was the most she could hope to recover. She also claimed that the husband had “lied, cheated, and defrauded me now and throughout our marriage,” manipulating and concealing assets behind her back. She explained that she knew she was waiving alimony when she signed the MSA, but that she believed she’d have an opportunity in the future to seek it. In opposition, the husband noted that the wife didn’t file her motion until she had already collected $3.5 million in tax-free payments, as well as other assets, as part of their settlement agreement. He also claimed to have made a complete financial disclosure, and pointed out that he included 184 pages of financial and trust documents along with his case information statement. At a hearing on the motion, the trial judge expressed skepticism over the wife’s case. The judge stated at the hearing his belief that the wife didn’t go to trial over the divorce:

because I believe she was in fact engaging along with the defendant in an effort to—I won’t go so far as to say defraud the Government. But to marshal assets so that the Government could not then collect those assets as a result of a criminal prosecution against the defendant…. She chose to accept no alimony and she chose to accept $3.5 million in assets at the time of the divorce.

The judge explained that, in order to invalidate an MSA, the parties would need to show fraud, and “the argument that Wife could have or should have received more is not proof of fraud, or that the MSA should be set aside in order to award the wife alimony.” The judge noted that the wife had not presented any evidence of fraud or failure to disclose assets.

The wife appealed the trial court’s decision, but the Appellate Division agreed that no evidence of fraud existed that would support invalidating the MSA. In its opinion, the Appellate Division explained that, to prove the existence of fraud, a plaintiff needs to show that the defendant made a material misrepresentation of “presently-existing or past fact.” The opinion explained that the couple signed their MSA while the husband was still awaiting his sentence, meaning that he had no idea whether or how long he would be imprisoned, nor the amount in fines he would be obligated to pay. If the husband or his lawyer said that the husband was in a bad legal position, this was just speculation, rather than a statement (or misrepresentation) of a fact. The court’s opinion went on to note that the wife had had 53 days between her husband’s sentencing and the hearing finalizing her divorce to find out that her husband had received a lighter sentence than anticipated, which could have formed the basis for an objection to the MSA at that hearing. The court also noted that the wife had been represented by capable counsel during her divorce, and that she had filed her motion to invalidate the MSA nearly a year after New Jersey law permits litigants to file those types of motions. The appeal was dismissed.

If you’re considering filing for divorce in New Jersey and want experienced, seasoned and effective counsel to represent you in your case, contact the Union offices of family law attorney John B. D’Alessandro for a consultation at 908-964-0102.