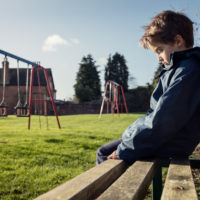 Losing a child is any parent’s nightmare, even where the parent and child are estranged. A relatively new state law instructs that parents who have “abandoned” their children will not be permitted to receive a portion of that child’s estate, however. A recent decision from the New Jersey Appellate Division looked at what it means to abandon a child for purposes of the statute, and when a parent will be deemed too estranged to be considered a beneficiary of the child’s estate via intestate succession.

The case offering the Appellate Division the opportunity to consider the law is In the Matter of the Estate of Michael Fisher II. Michael’s parents, Michael Fisher, Sr. and Justina Nees, were married in 1994. The couple had their son in 1995, and separated in 2001. Nees had obtained a final restraining order against Fisher Sr. when he had attempted to remove Michael from school without Nees’ consent. The only visitation with Michael to which Fisher Sr. was entitled was at his psychologist’s office. He had been instructed by the court to undergo domestic violence counseling, as well as a risk assessment, but had failed to do so, and also failed to complete all visitation time with his son. Fisher Sr. filed a motion for unsupervised parenting time, but instead had his parenting time suspended entirely until he completed an anger management course and underwent a risk assessment. In fact, Fisher Sr. would never again have any legal visitation with Michael, and only spoke with him on the phone a handful of times in 2001 and 2002. He did continue to pay some amount of child support throughout the child’s life, however, and when Nees offered to stop seeking child support in exchange for Fisher Sr. to give up any legal right to Michael, Fisher Sr. refused. During a period of illness, Fisher Sr. sought and received a termination of his child support obligation, though he continued paying a small portion of his own volition. Fisher Sr. had moved to Florida, but when he learned of Michael’s death from a relative, he flew to New Jersey to attend the funeral, and consented to Nees’ appointment as administratrix of Michael’s estate. Nees filed a wrongful death suit on Michael’s behalf and received a settlement.

In the past, when a child of divorced parents died intestate, the parents divided the child’s estate between them. Under a law passed in 2009, N.J.S.A. 3B:5-14.1, a parent will not have a right to receive any part of a child’s estate where the parent had:

Nees argued that Fisher Sr. had abandoned the child by failing to contact him or pay his full child support obligation, and the family court agreed, barring Fisher Sr. from recovering a portion of Michael’s estate. However, the Appellate Division reversed the trial court, and found that Fisher Sr. was entitled to part of his son’s estate. The court focused on whether or not the father could be seen as having “willfully forsaken” his son, as required by the law. The judges determined that, in order to do so, a parent would need to exhibit “unambiguous and intentional conduct” that demonstrates a “settled purpose to permanently forego all parental duties and relinquish all parental claims to the child.” Since Fisher Sr. had earlier refused to relinquish his parental rights when asked to by Nees; continued paying some child support; and made repeated attempts to connect with his son; the Appellate Division decided that he did not have the intention to “permanently forego all parental duties.”

If you are experiencing a custodial dispute or other legal issue with your former spouse, contact the experienced and compassionate Union family law attorney John B. D’Alessandro for a consultation on your case, at 908-964-0102.