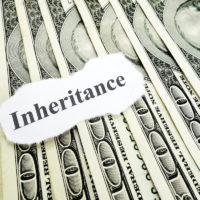 A case recently decided by the New Jersey Appellate Division examined whether or not the funds in an account that remained untouched, save for a single $50 deposit, remained separate property throughout a 33-year-long marriage. The appellate judges affirmed the trial court’s conclusion that the account should not be considered marital property, and exempted the funds from equitable distribution.

The case, titled Podell v. Podell, was based on the husband’s appeal of the judgment of divorce issued by the Family Part judge. The couple had been married in 1980, with the 82-year-old husband filing for divorce in 2013, against his then-79-year-old wife. During the course of the marriage, the wife had maintained several accounts into which she had deposited the inheritance she received from her parents, as well as her share of the proceeds from the sale of real estate that had been owned by her parents. These accounts remained in her name alone, and were used only for her own expenses, such as the college costs of her children from a prior marriage. The wife used a different checking account to deposit her income earned during the marriage and to pay the couples’ bills. The husband was aware of these accounts, having prepared the couples’ tax returns each year and having regularly received information about the accounts during the marriage. The husband agreed with the wife’s testimony that these separate accounts weren’t used for the couple’s expenses and testified that, instead, his own retirement and investment accounts were used when the couple’s income was insufficient to pay their bills. At trial, the wife did not produce statements showing that the funds in her separate accounts had come from her inheritance, nor did she attempt to obtain such documents from the institutions that held the funds, even after receiving a subpoena that ordered her to produce such documents. The wife’s testimony was the only evidence presented to support her argument that the account funds, initially falling somewhere between $120,000 and $150,000, had come from her inheritance. Nevertheless, the court found the wife’s testimony to be “truthful” and ruled that these accounts should be considered separate from the couple’s marital property, not to be divided and distributed along with other marital assets. The husband appealed.

The court on appeal explained that the equitable division of property is “more than simply mechanical division; it requires a weighing of the many considerations and circumstances presented in each case.” The court then noted that money received as an inheritance during a marriage is not subject to equitable distribution, nor is property owned by a spouse prior to marriage that remains separate. The court held that property will be determined to have remained separate where “it was segregated throughout the marriage and clearly was never intended to benefit the other spouse.” The question then becomes whether or not the spouse ever intended for the funds to become marital property. While commingling the asset with marital funds can serve as evidence of this, if there is no evidence that the spouses intended an asset to become marital property, then the asset will be deemed separate.

The husband asserted that the wife could not rely on testimony alone to show that the funds remained separate, and should have been required to trace the funds to their original source in order to show that they should not be considered marital property. However, the court ruled that tracing was not required where undisputed testimony supported the source of the funds and the intent to keep them separate. The husband clearly knew of the existence of the funds from completing their tax returns and could present no evidence that the spouses intended to make the funds a marital asset nor any evidence that the funds were not received through an inheritance. The husband also argued that the record he presented of a single $50 deposit to one of the wife’s separate accounts during the marriage should be sufficient evidence of commingling, and, since the wife had not remembered this transaction herself should cast doubt on the wife’s testimony about the source of the funds. However, the court was willing to allow for a single forgotten transaction that occurred decades earlier without determining that all of the wife’s recollections about the source and treatment of the funds were erroneous.

If you are in need of assistance with a New Jersey divorce or custody dispute, contact the compassionate and thorough Union family law attorney John B. D’Alessandro for a consultation on your case, at 908-964-0102.