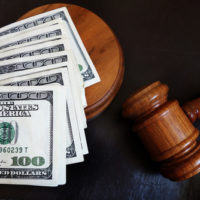 A recent Appellate Division case addressed the complexities of paying child support for unemancipated children over 18, both who are in college, and who have serious disabilities.
The couple at the center of Annunziato v. O’Shea were divorced in 2009.

The couple had four children, two of whom were minors when they divorced. “John” was in college and living with his grandparents, and “Joseph” was over 18, but had a severe disability which led his parents to decide that he would never be deemed emancipated (the court assigned pseudonyms to protect their anonymity). Joseph and the two minor children lived with their mother. The father paid child support above the statutory minimum due to the expenses associated with Joseph’s care. The couple agreed to discuss adjusting the amount of child support the father paid once Joseph became eligible for Social Security benefits.

The spouses had agreed in their divorce to both contribute to their children’s college expenses, but the mother had thus far not been contributing to John’s college costs. The parents had also agreed to divide any medical or dental costs not covered by insurance. The father sought the mother’s help in paying for John to receive veneers, which he argued were medically necessary, but the mother refused on the basis that the work was cosmetic, and countered with a request for funds to cover out-of-pocket medical costs for the other three children. The family part judge declined to adjust child support owed for Joseph. The judge ordered the father to pay the mother for out-of-pocket medical costs for the children living with her, but did not order the mother to help pay for John’s veneers, noting that the mother was not obligated to subsidize cosmetic procedures. The court ordered that the parents submit documentation on their financial status in order to “determine the college contributions going forward,” though the judge’s opinion had stated that the mother should not be compelled to contribute to John’s college costs. The father appealed this decision. Neither parent submitted qualifying financial documentation to the court, and the father’s request for contribution to John’s college costs was eventually dismissed.

The Appellate Division also noted that a review of the child support obligation was long overdue. New Jersey law suggests that child support be “revised and altered by the court from time to time as circumstances may require,” and that, since Joseph had become emancipated and John was in college, that substantial change in circumstances warranted a review. Additionally, the Appellate Division pointed out that, while the New Jersey Child Support Guidelines are used to determine support for minor children, the factors listed in the New Jersey Statutes under Title 2A:34-23(a) should be used for unemancipated college students and those suffering from a disability. The court did point out that, normally, Social Security Income benefits are not considered when calculating child support, but that the parties appeared to have consented to considering those benefits. The Appellate Division sent the case back to the Family Division for further consideration.

If you’re facing divorce or a custodial dispute in New Jersey, seek help from a family law attorney you can trust to protect your interests and handle your case with care and attention, and contact the seasoned and knowledgeable Union family law attorney John B. D’Alessandro for a consultation on your case, at 908-964-0102.