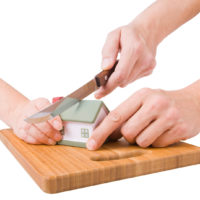 In most divorce cases, there is no need to spend energy determining when a marriage should be considered to have ended; courts simply rely on the date that the parties filed for divorce. In one recent case, a New Jersey Appellate Division was asked to rule that a marriage had ended years before either party had filed a divorce complaint. Read on to learn more about the case on marriage end date, and contact a seasoned New Jersey divorce attorney with any additional questions.

The case where the marriage’s end date was in dispute is Milcarsky v. Milcarsky. In this case, the couple married in 1995 and had no children. During the marriage, the wife had been a stay-at-home-mother raising her children from a previous relationship. She was diagnosed with serious and chronic health problems in 2002. In 2004, the couple separated. The couple sold the house and divided the home’s contents and proceeds when they separated, and the husband provided additional financial support during their separation, including health insurance and help with prescription costs.

The couple did not file for divorce until 2015, and no decision from the court was issued until 2017. At trial, the greatest source of dispute was the date that the marriage should be considered “dead,” which impacted the division of the husband’s 401(k) account and the amount of alimony to which the wife was entitled. The husband argued that, even though no complaint for divorce was filed until 2015, the marriage was “factually and legally dead” when the couple separated in 2004. He argued that this meant that any property acquired after this date should be considered separate. The husband also claimed that a personal notebook contained a handwritten separation agreement which established the end date of the couple’s marriage.

The trial court rejected the husband’s arguments, and the Appellate Division affirmed this decision. The Family Part judge ruled that the handwritten separation agreement wasn’t sufficient to prove that the couple had reached a “clear oral agreement” about their separation. Instead, the judge concluded that, unless the parties had divided all their major assets, merely living apart and one spouse paying support to the other doesn’t “equate to a clear termination of a marital relationship.”

That said, while the judge ruled that the date of divorce filing was the date that the court would use as the end of the marriage, the judge did take the couple’s long separation into account when dividing their assets. The judge concluded that, since the wife had not contributed financially or otherwise to her husband’s earning since they separated, she would only be entitled to a share of the funds in the husband’s 401(k) account as of the 2004 separation date. Additionally, the judge ruled that, since the marriage had been determined to be over 20 years long, the wife was entitled to open durational alimony. The wife argued that she was entitled to receive alimony which allowed her to maintain the standard of living that she enjoyed prior to the separation. The judge disagreed, ruling instead that this “had not been the status quo for either party for some time,” instead awarding alimony according only to the wife’s needs.

Get in touch with Union family attorney

If you’re facing divorce in New Jersey, obtain skilled legal counsel to protect your rights in a split by contacting the knowledgeable and professional Union family law attorney John B. D’Alessandro at 908-964-0102.