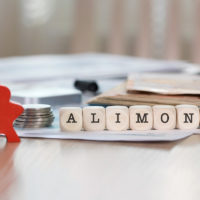 In a newly-released Appellate Division opinion, the court returned a case to a Family Part judge for reconsideration of an alimony dispute. The court’s decision centered on the types of changed circumstances that could lead to a recalculation of alimony, namely whether a reduction in the payor’s income was the only path to an adjustment in alimony owed. Learn more about the case below, and contact an experienced New Jersey alimony dispute lawyer with any questions.

The case of K.S. v. D.J.S. centered on a couple who had divorced in 2012. The couple had agreed in their MSA that the wife’s “ability to become self-supporting” was “limited,” as she had spent 21 years married and raising the couple’s children. The husband agreed to pay a set monthly amount in permanent alimony. He also agreed to pay 1/3 of any bonuses he earned that resulted in an annual income of over $139,000.

Since the divorce, the husband asserted, his law firm had downsized and his income had gone down. He claimed that he could no longer meet his monthly living expenses and pay the alimony that he owed under the couple’s MSA, and that he had accrued a substantial amount of debt. He also pointed out to the court that the wife had been hired by a multinational corporation since the divorce and was now earning over $100,000 a year. The husband noted that the wife had volunteered to pay their daughter’s graduate school costs. The husband’s paystubs and W-2s reflected that he earned over $139,000 in both 2014 and 2016. The judge ruled that the husband had failed to prove a permanent change in circumstances that would warrant reducing his alimony obligation and granted the wife’s motion ordering the husband to pay his alimony arrears as well as a portion of her attorneys’ fees. The court did not discuss the wife’s employment and improved economic condition.

The Decision to Appeal

The husband appealed the lower court’s decision, and the Appellate Division sided with the husband by concluding that the trial court erred by failing to consider the wife’s substantial income from her employment. The Appellate Division opinion explained that, while an alimony-paying spouse can show changed circumstances by showing that they can no longer support themselves, they can also do so by showing that the alimony-receiving spouse has experienced an improvement in their economic situation. Quoting the case Stamberg v. Stamberg, the opinion noted, “A payor spouse is as much entitled to a reconsideration of alimony where there has been a significant change for the better in the circumstances of the dependent spouse as where there has been a significant change for the worse in the payor’s own circumstances.” The Appellate Division opinion agreed that the husband had failed to show changed circumstances on his own behalf but insisted that the trial court take another look at the wife’s finances to determine if her increase in income should lead to a reduction in the husband’s alimony obligation.

If you need seasoned, dedicated, and knowledgeable help with a New Jersey divorce or dispute over alimony, contact the Union offices of John B. D’Alessandro for a consultation on your case at 908-964-0102.