Alimony Lives On, Even After Death 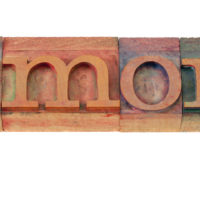 Not even your passing will keep you and your heirs from being responsible to uphold the terms of your divorce settlement and alimony agreement. A recent unpublished case from the Appellate Division of the Superior Court of New Jersey, titled Smith v. Smith, has found that a deceased ex-husband’s estate must make up the back alimony payments owed to his former spouse.

Wayne and Alicia Smith married in 1971 and divorced in 1999. Wayne was retired from the military and living off his pension, while Alicia was disabled and unable to work at the time of the divorce. As part of their divorce settlement, the spouses agreed that Wayne would receive all of his pension funds, but that Alicia would be entitled to a $42,750 credit against other marital assets, and that she would receive permanent alimony in the amount of $200 per week until either spouse died or she married or began cohabitating with a different partner. When the couple divorced, Wayne didn’t immediately name a new beneficiary for his pension funds upon his death.

Wayne soon stopped making his alimony payments, however, and Alicia returned to court in 2002 to enforce her right to those payments, receiving a judgment for alimony arrears in the amount of $14,418, which Wayne was to pay through the Camden County Probation Department. Four years later, Wayne was denied a passport due to the outstanding alimony arrears. Wayne went to Alicia, and the former spouses reached an agreement. Wayne would name Alicia as his pension beneficiary until he had made up the alimony arrears, and Alicia would remove the arrears through the probation department, so that Wayne could obtain a passport. Wayne listed Alicia as the survivor beneficiary for both his pension and armed forces survivor benefit plan, listing her as his “spouse” or “wife” where the forms requested specification of the relationship between the parties. Alicia signed the forms, also referring to herself as “wife.” The forms were submitted to the appropriate government entities in September of 2006.

Wayne married Judi in January of 2011 and moved to Florida, months after receiving a diagnosis of stage four lung cancer. Wayne changed the beneficiary on his pension and survivor benefit plan to Judi in March of 2011. However, he did not request the court’s permission to do so until August of that year, when he also requested to terminate alimony under the premise that Alicia had moved in with a man. Alicia replied with a demand that alimony increase, and that Wayne pay the arrears that remained due. While these issues were still before the court in New Jersey, Wayne created a will that named Judi the beneficiary of “any compensation from ongoing or future claims and/or benefits.” In November of 2011, the court denied Wayne’s motions and ordered that he keep Alicia as his beneficiary, continue paying both alimony and arrears, and also put a lien on his pension for those arrears. Wayne died shortly thereafter in January of 2012, and Judi began receiving pension annuity payments in February of 2012.

Alicia brought the matter before the court, requesting that Judi be forced to turn over any pension payments to be held in escrow until the matter of who was entitled to what could be determined. Judi turned over three monthly payments she had so far received, but did not mention that, after those three months had passed, she had elected to receive a different survivor benefit through the VA that would cause the other pension payment to cease. Alicia was forced to return to court yet again to enforce the 2011 orders, and to demand the payment of the alimony arrears. The court, finding extraordinary bad faith on Judi’s behalf, awarded the arrears, along with thousands of dollars in attorneys’ fees for the numerous returns Alicia was forced to make to enforce the judgments.

If you need help in compelling the alimony or support payments to which you’re entitled, contact Union, New Jersey family law attorney John B. D’Alessandro for a consultation on your claims, at 908-964-0102.