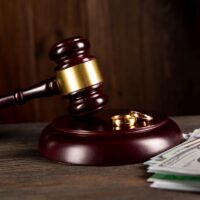 Marriages and parenting involve taking on a lot of responsibility and obligation. Not all of these obligations are legally imposed. Parties can use premarital agreements and other contracts to enforce specific additional requirements on one another, but there are limits. A court recently considered whether a parent’s agreement to continue paying rent for his adult children was a legally-enforceable obligation, or whether instead, it was simply a dutiful father deciding to support his kids that he was within rights to rescind later. The court’s opinion also had occasion to consider whether agreeing to put off filing for divorce and work through marital issues constitutes “consideration” for the sake of creating an enforceable contract. Read on to learn about the case and the age limit for child support, and reach out to a knowledgeable New Jersey child support attorney if you have any questions about a New Jersey divorce.

The case of Liberman v. Liberman involved married parents who purportedly entered into an agreement during their marriage according to which the husband was obligated to pay $1,900 per month to each of the couple’s shared children to subsidize their rent. The agreement specified that the obligation would continue until the kids either reached age 30 or married/cohabitated with a partner. The children were employed college graduates over the age of 21.

The parties entered the agreement regarding rent payments in 2014, around the time the parties were considering divorce. In exchange for agreeing to provide rent payments, which the husband/father had already been doing for several years, the parties agreed to work towards resolving their marital issues and delay any divorce filing. The husband ceased paying the $1,900 sometime later, opting instead to gift $10,000 to each child and end his obligation. The wife sued to enforce the contract.

The court ruled the contract unenforceable due to a lack of “consideration.” Essentially, the court ruled that the husband had merely agreed to do something he was already doing in exchange for nothing from the wife; her agreement to delay filing for divorce (which she did shortly thereafter anyway) did not constitute a good or service in exchange for the husband’s obligation to continue paying the kids. For a contract to be enforceable, both sides have to pay something, in services, money, or some other obligation.

The case came down in New York, but it would likely come out the same in a New Jersey court. A law recently passed in New Jersey clearly establishes a limit on the age at which parents are required to pay child support. As of February 1, 2017, the statutory age of termination for child support is 19. Parents of children over the age of 19 will only need to continue paying child support and medical support in cases in which the dependent child is still in high school, the child is attending full-time college or other school, the child is disabled, or continued support was explicitly granted by a court under special circumstances. Even under those special circumstances, the obligation generally ends at age 23.

In this case, the children were all grown, employed, college graduates, had no identified disabilities, and were over the age of 21. A New Jersey court would likely find that the contract was unenforceable for the same reasons and would find no good reason to require the father to continue what were essentially child support obligations under the terms of the parties’ invalid agreement.