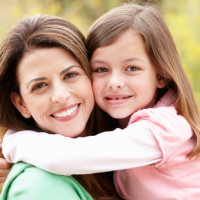 Earlier this month, a New Jersey appeals court issued a ruling in yet another stage of ongoing litigation between a divorced couple who continue to battle over alimony and child support orders established when the couple divorced more than eight years ago. The couple in this case were married in 1994 and divorced in 2006 with two children. In the Property Settlement Agreement, the wife was awarded limited duration alimony of $175,000 a year for ten years, along with child support at $4,167 per month until the children were grown. At the time of divorce, the husband agreed to advance $75,000 of the alimony award to the wife, who agreed to repay the advance at the rate of $1,250 per month for 60 months.

The couple has spent the succeeding years in court fighting over the amount and payment of the alimony and child support obligations, among other things. Throughout 2009, various court orders were granted modifying and reducing the ex-husband’s obligations, and also giving him a credit for the alimony advance payment he made which was not repaid on schedule. In September of 2009, the court made a judicial determination of the husband’s arrears as well as the amount the wife still owed for repayment of the advance.

Several years later, in 2013, the ex-wife filed a motion in court requesting the judge to correct an error made in the 2009 calculation of arrears, which apparently missed several months of unpaid alimony or support. The motion also included more than a dozen other requests of the judge.

The motion judge refused to “correct” what the ex-wife claimed was an error in the 2009 calculation of arrears, holding that her application was long overdue. The wife said she had noticed the error at the time but didn’t have the funds to return to court back then. Instead she waited until 2013, when she had a whole packet full of requests for the judge.

The judge noted that the ex-wife had a full opportunity at the hearing in 2009 to provide all the information on arrears. In fact, it appears that the court calculated the arrears based on information provided by the ex-spouse, so any error may have been hers and not the court’s. In any event, the judge characterized the request as “nothing more than an untimely request for reconsideration.” In New Jersey, a motion to reconsider must be filed within 20 days of receiving an order or judgment, not four years later.

The appellate court in Silver v. Silver affirmed the trial court’s decision regarding the calculation of arrears and also upheld all of the judge’s other rulings on the omnibus 2013 motion.